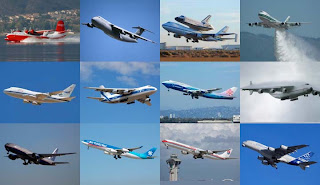 Do you know what I never quite understood? People in long distance relationships. I've spent countless years trying to talk my friends out of these things. All my efforts typically proved a waste of time, but I'm friends with mainly girls, and they just want to hear what a guy has to say, they don't actually listen.
I used to plead with my friends to find someone date-able where they/we were residing. Keep in mind the majority of this advice giving was done while I was living in NYC, so they should have believed me when I said there are 8 million other fish in the sea... 8 million if you swing both ways, lets say 3 million straight non-married people to pick from, pretty good odds. Why did they need to date someone they could only see a few times a year? It always puzzled me and quite honestly sometimes frustrated me. When I wanted to go out they would stay in and talk to their "lover" on the phone, when I wanted to play video games; on the phone, when I wanted someone to Veet my back; phone, you see the pattern. I thought maybe they'd had some bad experiences dating people they could actually touch, so naturally keeping them at a distance was the only way for them to be comfortable. I thought maybe they had tried all the locals and been rejected so they sank to carrying on relationships via text. I for one, believed this was certainly no way to live. I told them if "so and so" really loved you they would move, or vice versa, I told them everything I could to try and get them to be single and attempting to mingle. Because that's the good supportive friend that I am. I thought there would never be a day where I understood the satisfaction people get from dating long distance. This I stood firmly by....
Until.... (drum-roll)... A certain girl from the Midwest opened my eyes to the possibility, scratch that, opportunity to give this whole distance thing a shot for myself, (to be fair to her, and to me, she is not actually from the Midwest, I'm not dating some full-back with a butch haircut from Ohio). So yes, now I am one of these crazy people in a long distance relationship and I'm loving it, other than the distance and the goodbyes, those don't seem to get any easier. Oddly enough I seem to have the support of all of my friends, even the ones I tried to talk out of it in the past, but I think my friends know me well enough to know when I like someone enough to date them this way, it must be serious. I guess I have to admit that I was wrong, which does not happen often. Mainly because I am not often wrong. When people come into our lives that we don't want to let go of I guess its just human nature to find away to make that work. In 2009 the way we have found is Ichat, Skype, and Unlimited texts, certainly makes the process a lot easier.
I know you guys are used to me ridiculing the groups I have chosen for the day, but I just dropped my girl off at the airport so I'm kind of in a be nice/sad mood. So deal with it, there's plenty of time for me to kidney punch social outcasts with words tomorrow. However, I will say that you better have met the person before you get into a relationship with them. Otherwise you are just desperate. Internet profiles and witty "about Me's" can never be substitutes for real human face to face contact. The only time I endorse this type of behavior is if you are purchasing a bride from another country, as long as you think you are getting a good deal. Remember though, photo shop can work wonders, how else would Tyra Banks have a career. I'm gonna leave it here just in case I decide to dive deeper into Internet daters in a future blog. I will remind you once more though that long distance dating can be a very sticky thing, although its great for promoting safe sex. It may be extremely awkward for all parties involved when you show up to meet your lover for the first time and instead run into Chris Hansen and the rest of the "how to Catch a Predator" crew. Good luck finding a job after being on that show. OK, I'm rambling, miss you Ally!
Posted by Nomad at 11:59 PM

I just don't get people in relationships. I'm happy on my own, with my own space and my own things to do.

If I were looking for a relationship though, I think long distance would suit me pretty well.

Still plenty of me time.

And I don't have to fear the dreaded "pop in"

I just fit this so well.
I spent a year of my relationship with my ex as long-distance while he was at uni, saw him every other weekend.
The relationship i'm in now, I spent the first 6 months only seeing him for 3 days once a month. Luckily though he now lives with me so I see him every day. It sucks but can be worth the effort!

I did the long distance thing for 18 months and we've been happily married ever since. Best wishes!

Aww I have a tear in my eye!Congrats on being able to make it work! My last relationship was long distance and just ended recently. He was my best friend before we dated so it was especially hard to make the transition...

Aw! Super sweet Ryan!! Who woulda thought that you had such a sensitive side!!! Ally, you're a lucky girl!!

My parents have been in a long distance marriage for years..Its really hard at times not having the person you love around you when you really need them, but human beings are very resilient by nature. I personally would never want a long distance relationship, but meeting that one person whos right for you doesn't happen very often. So when you do you'll find that they are worth every effort and heartache..

I just ended a 2 year long distance relationship. Ended in a good way, as in we are now "normal" dating instead of long distance. The distance sucked but like you said, it was the only option. Hang in there, before you know it, the whole distance part will be over.

I have nothing interesting to say other than I really enjoyed reading this.

thank you guys for all the support :)

Trying to find the Best Dating Website? Join and find your perfect match.