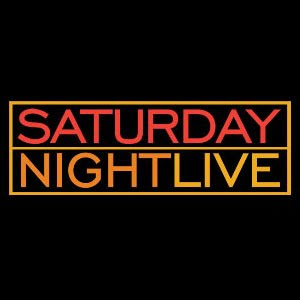 Today is for those of us who survived all of the crappy casts of SNL. Granted it was never as un-funny as MADtv, but in the days between Ferrel and Samberg I found more comedy in the commercials. The crusty impressions of Bush were almost as annoying as The Frank Caliendo Show. Almost. Seven years into a shi**y presidency even my little sister could have managed to write their Bush bashing skits. Needless to say I was not impressed. You knew they were really getting desperate when they let Keenan or Kel or whoever he is start acting in the skits. He was the less funny of 2 characters on a 90's Nickelodeon show, you really think he is gonna pop off on SNL. I don't think so. That's like expecting the younger Spears baby-maker to have the same career as her sister, not in this lifetime sister. (pun intended)... I have gone to 1st level improv classes that made me laugh harder than most of this crap they were allowing to air.
But.
My intention today was only to have a brief bash of the cast, but mainly to thank the few who make the show still worth watching, because Lord knows Lorne Michaels is lining his pockets with their contracts. Don't worry the list is extremely short. First, The Lonely Island Group, most specifically Andy Samberg, he is holdin it down for us funny people all over the world. Now I know you don't have to be sexy to be famous, but being funny makes you sexy! Awesome! (shallow girls wont get this)... I have not done much research but I would venture to say that about 90% of the videos that have been sent around the web were either starring or written by this group (Lonely Island), consisting of once again Andy, Jorma Taccone, and Akiva Schaffer. They also wrote and starred in "Hot Rod", I highly recommend that movie! A brief thanks to Tina Fey, or governor Palin, not sure who to thank on that one, definitely helped those ratings. Last, but certainly not least, the only person who could bring SexyBack, apparently had funnyback's number as well..... Justin Timberlake, the man is not only a musical genius but he is funny enough to be on the cast of SNL, without a doubt. I guess it was all those years on the Mickey Mouse Club... One way or another, thank you Mr. Timberlake for giving me a reason to tune in, or at least something to HULU.
Here is a video that almost made me pee my pants. Luckily I was naked the first time I watched so it just went straight on the floor. :)

Unfortunately for me I don't get to watch SNL because I live in the UK (well I could watch it online but i'm too lazy). However I will totally agree with you on how fantastic The Lonely Island are and same goes for Justin Timberlake (especially when they are together). Hot Rod rules!
What happened to the days of 'Who's Line Is It Anyway?'!!

I've stuck with this shiz through the thick and the thin.. though you're right- for a while there it was quite thin. The lonely Island is one of the reasons I do improv/sketch comedy, If I could ever make something that is half as good as anything they do- i could die happy.

Ha-ha! It's a perfectly normal way for a man to sing!

this is the best JT SNL clip i have ever seen. hands down.