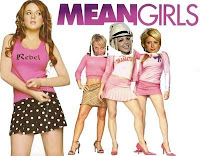 Today I decided to turn the tables and pick on someone who's been looking down on everyone since the beginning of time. The popular girls. However, I'm going to narrow the search a bit further to the ones who became uglified since we've seen them last. My annual trip back to Scottsdale is always a nice time to run into these swamp things in person, but thankfully due to the world wide web I can see them from the comfort of my Facebook profile.
I'm still amazed that dating the high school quarterback didn't give you the fairy tale life you had expected. (PS. we are 25 now, time to take the tassel off the rear-view mirror). I know you were the prom queen and all but that plastic crown really loses its shine once you get knocked up your freshman year of college, either with a child or by a branch off the ugly tree. I have heard of the freshman 15, clearly you were trying to raise that average to 50. You've gone from resembling Charlize Theron to looking like her character in "Monster". Unfortunately you weren't being paid. I have heard Karma is a bitch, apparently she visited you in the form of ugly.
It must really suck that you thought you would skate by on looks, and now you are not even cute enough to be one of the hosts at "Outback Steakhouse". (Side-note: why was every single hostess there hot as hell when I was growing up? I cant look good when I'm wrist deep in ranch dressing with a grip on some cheese fries)... Everyone knew that all the popular football players would turn out to be the losers who hung out around the high school campus for the next 20 years trying to pick up chicks, but we really had hopes for you. I mean you were so untouchable, we swore you would gold-dig some wealthy man out of millions (especially where we grew up). But time has gone and screwed up the one thing you had going for you, your looks. It must be hard.
So let this be a warning to the slut-squad of popular girls out there. I've seen it happen. Learn people skills while you have the chance because they are a bit harder to pick up while working at Denny's. I guess life is not fair, no hard feelings, I'm just trying to give you a fair warning. I'll see you next time I'm in town and craving a Grand Slam.
Posted by Nomad at 6:51 PM

Here here!
I wouldn't say I got bullied by popular people, but I certainly did get bullied for being tall and 'developing' before other girls...pfffft!

haha in jr high I remember being taunted with Roses are red violets are black, why is your chest as flat as your back? I sure showed them. And its really fun to watch the bitchiest of them go through divorces!

Hahaha! Speaking as a female senior in high school...god I can't wait until the "mean girls" of my school get there helping of those shittyforthem but awesomeforme changes. :)

Hear! Hear! From someone in the geek squad.

Hi, just a quick note to say thanks for the comments about my blog. Yes, I do try to think up witty titles for my postings. Some come really easy, others need a few moments contemplation. Keep popping back.

All the best from Nottingham UK.