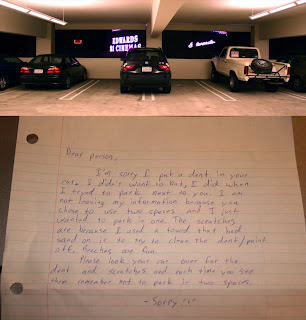 I agree with your thoughts about people who take up two parking spaces. I think we as civilians should be able to put a ticket on their vehicles that charge a rediculious amount of money just because. We should be our own parking police.

Muse is opening for U.2 on tour right now i think.. have you looked into it?