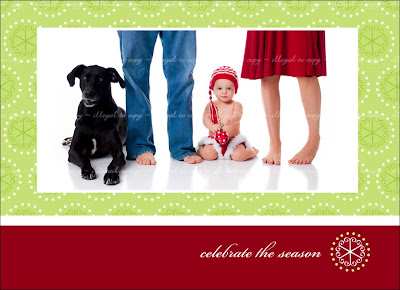 I hope everyone had a great time of celebration and all that good stuff, now its back to reality. As promised here are a few links to the people who came out and commented when everybody else was waking up from a food coma, in order of which they stopped by. None other than Kiki, Secretia (make sure you are alone when you read this one), LMJ (She's Been Thinking), and of Course good ol ScoMan (go check out his most recent Friday fail). All of your comments are precisely why I love writing everyday, I love how different everyone is in their definition of normal. One of the comments explains that giving animals gifts is merely a way to keep the pet busy while the rest of the family opens their stuff, makes perfect sense. Another comment said that buying them gifts was just to make sure they didn't feel guilty for not getting them a gift. Of course there were one or two people who treat animals like humans anyways so it would be out of the ordinary for them to not have bought the animals gifts... I particularly like ScoMans correlation between buying gifts for a one year old and buying for the house pet. I have often thought why some people will waste/spend so much money on their kid who is not going to know the difference in a few months, or weeks... Besides, at that age you buy a kid hundreds of dollars worth of gifts and you come into the room and they are playing with coasters and the remote anyways.... I think that I should start some sort of service where people can rent toys and crumbled up wrapping paper so that they can take pictures of their kids with it. So in the future when the kid looks back at their childhood pictures they think that they had a normal childhood, (since they cant remember) when really the parents spent the actually gift money on a nice little weekend get away and a babysitter. Hey, it may sound crazy, but in this day and age I think it may work. Who's to say that this hasn't been secretly going on for years anyways, none of us would ever know.
As for buying animals gifts. As much as I make fun of these pet bloggers for being ridiculous with their dogs and cats and such. My family totally bought our dog numerous gifts every year... Nothing spectacular, no strollers or dog Snuggies or anything retarded like that, but plenty of little chew toys and bones and stuff like that. He loved it, honestly smartest dog ever, he knew when there was a tree up he would be getting new stuff... You know how dogs get excited when you mention food, or a walk, or a car ride? He was the same way with Christmas, and yes he could actually open the gifts by about his second or third Christmas, he would hold them down with one paw and then bite or claw at it with his other, I'd even venture to say that he was better at opening them than most one or two year olds. Maybe he was a special case or maybe it was because he was a Christmas gift to us one year, but he loved and appreciated all his new toys. He even used to send out little thank you cards stamped with his paw mark on them. OK that's a lie, but I bet he could have if we would have taught him.
Posted by Nomad at 12:04 PM

Aww, I cant believe i dint make the list of everyday commentors :( that hurt :(, ahahah! ITs ok I am reselient!

Growing up, we had a family dog that we loved so so much. We got him little presents every year (dog bones, treats and chew toys). He has died and we got a new puppy this year but didn't get him any gifts. I felt a bit guilty but I quickly got over it. He had fun playing in the wrapping paper anyway. For our family, we pretty much only gave my dog presents because that was the only time we would get him treats and bones, and we new by the next Christmas, we'd be out again and it would be time to get him another bag of treats.

Thanks for the shout out, Hollywood. :)

I hope you had a great holiday and are staying warm up there in LA. I'm freezing my a** off in Laguna Beach, but I have my furry baby to keep me warm!!!

I bought my sister and brother-in-aw a dog Snuggie this year and I must say... It's much fancier than the human kind.

Thanks for the shout out. I would like to open the Australian arm of your rent a Christmas franchise. We'll make a killing.

Some dogs are very smart. Others eat their own poo.

I love your idea of renting toys and wrapping paper. I have to admit I went overboard for my son's first Christmas...but it was fun...esp since my ex buggered off to fit his new sub woofer in his car for the whole day...at least I had babies toys to play with lol. Excellent post!

haha...! It's true. people waste a lot of money on their baby and they don't know the difference. I bought mine stuff she needs. Didn't take pictures, though. I didn't wrap them either. It's silly. She'll hate me, I think.