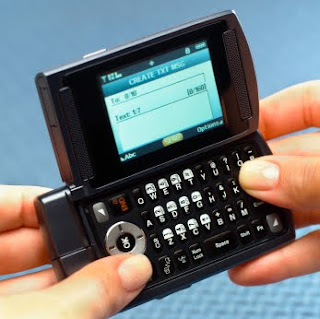 jk-lol-brb-ttyl-ttyn-ttys-rofl-lmfao-stfu!!!!
Are you kidding me? Is this what the English language come to? Shakespeare would be turning over in his grave if he could hear us now. (Letting Leo play Romeo is about the only thing he would be proud of). We have literally driven the language he used as a beautiful art into the ground. I would not be shocked if twenty years from now we reverted back to grunting at each other (I actually don't think we ever did, but for arguments sake...).
2day I'm talking bout ppl who use acronyms way 2 much.
Are we really in that big of a hurry? Is lol really that much shorter or faster than haha. Do I really need to say brb when I go to the bathroom, shaving seconds off of the longer version of that sentence. We are all guilty of it at some point. Especially if you are a text-er or an aim-er. That's where we catch the bug. We just don't have the time anymore to say foolish things like goodbye talk to you later. No way, that would take too damn long. TTYL is perfect. Sometimes we don't even want to use letters. I have carried on an entire text conversation with nothing but smiley faces and understood exactly what was being said. I mean really? Helen Keller communicated better than we do (granted she was a crafty one). Michael Jackson had more people skills than we do (too soon?). I'm sad for our future.
Popular example from pop culture:
There is a new song out by Trey Songz called (and i kid you not) "LOL- smiley face". Not to accuse rappers of having the best language skills on earth but I think if Tupac were around he would have them shot for that sort of rubbish. I'm not too shocked though, the dudes mom didn't even spell his name right. As if the recent song "phone sex" was not retarded enough Trey had to come show it up with his little gem. Sad thing is(and i didn't look) I would bet money they are 2 of the top downloads on itunes. Are we really so lazy and technologically advanced that a song about phone sex and a song where the chorus is not words is considered acceptable. I know the beat is sick, but still people lets have some standards. This song is so bad not even Weird Al can come up with anything shittier (sorry mom- necessary) . And I pick on them, but lord knows its not easy to pay for phonics when you are trying to turn all of your teeth gold, that's not cheap. Ive looked into it.
Abbreviations. Acronyms. Grunts. You make fun of it now, but its the path we are on. By the time my kids go to high school, we are not going to be worrying about what foreign language to take to get into a good college. We are going to be sending them to grunt and shorthand lessons, because there are not enough hours in the day to say full sentences like they did in the old days. Its totally like in "1984" OMG!
Idk if there is anything else to say. :) lol.
Here are a few of my favorites:
~OMG-Oh my Gosh if ur christian. Oh my gah if your'e a blonde, and oh my God for everyone else.
~ LOL- laugh out loud.
~ BRB- Be right back.
~ ROFL- rolling on the floor laughing.
~ TTYL- talk to you later.
~STFU- ( i like to think i made this one up) Shut the F Up.
OK. I'm annoyed with them already. comment me some of your favorites :)
Posted by Nomad at 9:29 AM

I liked the glossary at the bottom.

TWSS - Thats What She Said [just to bug ya]

AMEN!! They all need to go!

Good for you! I don't understand about a third of the texts I get because I'm not on the up and up on all the abreviations the kids use today!

i cant account for the laziness on the computer, but i do it via text because there is a limited amount of "characters" allowed in a text message. if you would like, i will join you and bringing back longhand for everything. let me know.