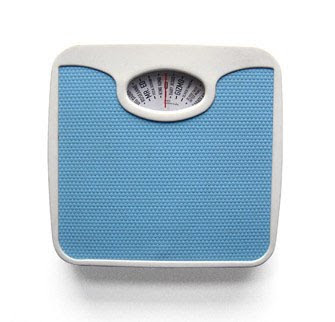 Over the past couple of weeks I have been taking some time to organize my life as much as I can, which has not given me much blogging time. But it has given me a lot of time to think of some great new topics, that should be coming out in over the next few months. As a part of my organization I have been working out daily with the P90x workout program, doing that has reminded me how nice it would be to be naturally skinny. In a world obsessed with weight, and figure I decided it was about time I wrote about some people in the weight world that bug me, by no fault of their own... So bend over and take it in your naturally skinny butt...
Metabolism is a word that I want to punch in the face. Seriously if metabolism ever came close to me I wouldn't even have to be drunk to hit him right between the eyes. Lucky for me, I don't think I will have to worry about him coming anywhere near. Growing up, even at a young age I was the kid who had to watch what I ate and work out all the time, being that kid starting at 9 has given me a long time to form a proper resentment towards the naturally skinny. Now, I don't hate them personally, but I hate everything that they stand for. Which is pretty much just eating whatever they want and not gaining weight, I have actually met people who seem to lose weight the more that they eat... For instance, my little brother. The kid is about 5 ft 11 and weighs 126lbs, however he can and does out eat me any time we are together. He is always eating, and he does not skimp on portion sizes yet he seems to be smaller each time I see him... Apparently he got all the metabolism that we should have split. Thanks gene pool...
I think I could get over all of this and live happily ever after if I was not constantly bombarded with TV ads for medicines that will essentially turn me into one of them. It makes me feel like such a non human that I should have to take a pill if I just want my body to do what it is supposed to do. "Here you go, take Relicore and your body will actually break down food like it is supposed to, monthly supply is only $299.99".
You know what... Come to think of it I may have just been born in the wrong time period... Because I am pretty sure back in the day, hefty people were actually the coolest. Back when a beer belly and a fat neck was a sign of wealth, I think that is when I was supposed to be born. When all of the magazines had those pale bastards as centerfolds, and when eating a whole turkey leg at dinner was not frowned upon. Yeah, I think that is when I was meant to be born. My what a joke God played on me.
I recently read somewhere that naturally skinny people are more likely to go bald or grey before the rest of us... I don't mean to worry those of you that may happen across this blog, but that is something that you have to look forward too. Actually I just made that up to make myself feel better for a moment, and it worked.
I figured Id cap this off with a list of celebrities who are not naturally skinny... Just to remind us we can all still be rich and famous...
1. Star Jones
2. Randy Jackson
3. Oprah Winfrey
4. Al Roker
5. Kirstie Alley
6. Kevin Federline
7. Mariah Carey
8. Elvis
9. That subway sandwich dude.
10. Kevin Smith
Btw, just to update those of you who've been following me a while... I'm finally working on editing the book that I wrote back in August, you should all be thrilled, because once it is done I may send a few of my most devoted followers an early copy to get their take on it... (Short and funny so don't worry)... I start a second job and my improv class next week, which will hopefully open some doors stand-up wise, so I am stoked about that. Other than that just wanted to thank you guys for keeping up, even though my busy-ness has cut down my frequency I still promise to keep this going. Cheers.
Posted by Nomad at 11:23 PM

if its any consolation, us skinny people have to cope with crazy grandmas who think we need to gain 100 pounds and give us family size portions of everything.

I was one of those kids too and kept the weight off for the first 25 years! Then I showed my true lazy self to the world by avoiding the gym for the last 5 years. Now I'm 70 pounds heaver than I was at 18.

Samiya, I'll take the nagging granny that goes along with an effortlessly beautiful physique any day!

My older sister is one of those skinny people that is able to eat a whole dam pizza and her ass and thighs remain the same!

If South Park taught me anything, it's that Jared lost his weight because he had aides!

I know what you mean about the brother thing.. kind of.

I have 3 brothers and it's like.. when one of us loses weight, one of the others will gain the weight that has gone missing.

So we all have to out diet and out excercise the others, or we'll be the fatty of the four.

That's what you meant, right? Okay, it really wasn't, but I just thought it was an interesting tidbit to go with this post.

personally i dont think skinny guys are as attractive as guys with a little meat on them. but seriously wish i could ingest a tape worm and then it would eat all my oversized portions instead of it going straight to my butt.

excited for your book!!!! i better be the first one to read it!

Haha! Me and my brother have been working out with one of our friends who has the P90X videos. Man, they are freaking intense. I think I was sore for a week straight when we started. I could hardly bare to sit down my butt hurt so bad. Lol.

Can we put all naturally skinny people over in the Bermuda triangle??? 0=)

I wondered myself about the pros and cons of cleanses health wise and have come to the conclusion it is for immediate weight loss.

I like the fact that you posted the cons of cleanses. Telling both sides of any story is important and informative.